David specialises in construction, property and commercial disputes. He is frequently instructed in cases involving the development and use of land, buildings and property, as well as disputes involving serious commercial, insolvency and company law issues. He also has extensive experience of advising and drafting in professional negligence related proceedings in areas related to his core practice.

His clients appreciate his practical and approachable manner. He is, at the same time, a robust advocate with formidable experience of serious trials and interlocutory applications. His work is frequently legally complex, involving rapidly developing areas of the law such as unjust enrichment and equitable remedies in commercial disputes.

In 2017 David completed the MSc in Construction Law and Dispute Resolution at King’s College, London, achieving a Distinction. He was awarded prizes for the best overall graduate, best dissertation, the best performance in the second-year examinations, and best performance in the Module AL construction technology examination. David is currently undertaking a part time PhD at the University of Cambridge, researching the taxonomic interface between construction law and property law.

David is regularly instructed in disputes in the High Court (including the TCC, the Chancery Division, the Queen’s Bench Division and the Companies Court), and serious multi-track disputes in the County Court. He is also regularly involved in construction disputes referred to adjudication. His work frequently has an international edge, involving cross border and overseas transactions and disputes.

David has experience of advising in respect of, settling proceeds and appearing before the Dubai International Financial Centre courts. He has particular expertise in cases involving conflicts of law and contractual disputes in this jurisdiction. His recent experience includes a dispute arising out of an aircraft leasing agency agreement and for the return of sums held by a fiduciary.

David speaks regularly at seminars and conferences. He has recently been engaged by CLT, MBL, LawNet and Professional Courses. He is also frequently published in leading practitioners’ journals. In 2017, along with Richard Hayes, he wrote ‘A Practical Guide to the Landlord and Tenant Act 1954: Commercial Tenancies’ (published by Law Brief Publishing), placing a particular emphasis on the development aspects of commercial property.

Gosvenor London Ltd v Aygun Aluminium UK Ltd [2018] EWCA Civ 2695 – led by Dr Tim Sampson for the Respondent in the Court of Appeal on the issue of adjudication enforcement, stays and allegations of fraud

Mulalley and Company Ltd v Regent Building Services Ltd and another [2017] EWHC 2962 (Ch), [2017] All ER (D) 200 (Nov) – injunction restraining both a company and an individual from presenting a winding up petition based on disputed construction debts.

David is heavily involved in practitioner texts and journals. Along with Richard Hayes, he is the author of ‘A Practical Guide to the Landlord and Tenant Act 1954: Commercial Tenancies’, published by Law Brief Publishing in 2017. David is the principal author of the two commercial litigation units for the Level 4 higher apprenticeships in legal services. He writes prolifically for leading practitioner journals. Some of his recent articles in the last few years include:

David is willing to undertake work on a public access basis.

He is also instructed in respect of commercial disputes related to construction operations, including insolvency, investment and development agreements, option agreements, and company law disputes.

He is a practical advisor who enjoys working closely with his clients in litigation and adjudication. At the same time, he excels in legally complex situations, especially in developing areas of the law. He has particular expertise in cases involving unjust enrichment, disputes over causation, remedies and quantum, tortious property damage involving aspects of real property law, Wrotham Park damages, and the rule in Pallant v Morgan.

David has experience of advising in respect of, settling proceeds and appearing before the Dubai International Financial Centre courts. He has particular expertise in cases involving conflicts of law and contractual disputes in this jurisdiction.

As part of his general commercial practice, David has extensive experience in a wide range of civil areas. He appears regularly in the High Court (particularly the Chancery Division) as well as in the Companies Court and Bankruptcy Court; he regularly conducts multi track and fast track county court trials.

He has experience of drafting and appearing in interim applications for injunctions, freezing injunctions, search orders, delivery-up, and disclosure.

David is also instructed to settle pleadings as well as other documents, such as shareholders agreements and investment agreements.

His work regularly exposes him to complicated procedural issues such as res judicata, summary judgment applications and costs disputes. He is also regularly involved in disputes arising out of indemnities and guarantees. David is frequently instructed in cases involving franchise agreements.

David has experience of advising in respect of, settling proceeds and appearing before the Dubai International Financial Centre courts. He has particular expertise in cases involving conflicts of law and contractual disputes in this jurisdiction. His recent experience includes a dispute arising out of an aircraft leasing agency agreement and for the return of sums held by a fiduciary.

Commercial litigation: David’s practices across a wide spectrum of commercial and civil litigation fields. He is often instructed in cases where dishonesty or fraud is alleged.

Contractual and financial disputes: David is often involved in cases involving finance / brokers (especially for the purchase or development of land or construction), guarantee agreements and indemnity provisions, and disputes over insurance.

Insolvency: David undertakes both personal and corporate insolvency matters. Recent instructions include acting on behalf of a Local Authority who resisted the annulment of a bankruptcy order on the grounds that the debtor lacked capacity at the time that the order was made; advising in respect of the effect of disclaimer arising from corporate and personal insolvency, and the resulting application for a vesting order; and retention of title clauses.

Company disputes: he is often instructed to advise on and to appear in relation to company disputes and Companies Act applications.

Other civil litigation: David is also instructed in personal injury cases involving significant disputes as to liability, with complex issues of expert evidence and law. He has recently been led by a QC in a 5-day action involving complicated issues of epidemiological and medical scientific evidence in relation to the causation of industrial diseases.

David has extensive experience of a wide range of disputes involving property.

He appears regularly in the Chancery Division, county courts, and the First Tier Tribunal (Property Chamber) in respect of both residential leases and land registration. He is a member of the Chancery Bar Assocation.

He is often instructed where there are conveyancing issues or where prospective purchasers require specialist advice on their potential rights against occupiers. David is also instructed in urgent cases involving applications for injunctive relief.

In 2017, David’s book ‘A Practical Guide to the Landlord and Tenant Act 1954: Commercial Tenancies’ co-authored with Richard Hayes was published by Law Brief Publishing. He has considerable experience of all aspects of commercial property disputes.

David has particular expertise in cases involving all aspects of property development. He frequently advises on restrictive covenants, easements, boundary disputes and overage agreements, as well as the recovery of possession from commercial tenants. He is especially adept in issues involving aspects of planning law and the LTA 1954. He has also advised in respect of assets of community value under the Localism Act 2011, burial grounds, and compulsory purchase. David also has considerable expertise in construction law, making him especially well placed to advise in respect of disputes where there are crossover issues. He is also regularly instructed in respect of joint venture agreements, disputes where the equity in Pallant v Morgan arises, or where obligations and remedies arising from unjust enrichment or equity are live issues.

Commercial property: David is regularly instructed in relation to commercial property of all kinds. He has particular expertise in cases involving Part II of the Landlord and Tenant Act 1954.

Mortgages and charges: David is often involved in cases involving the validity and priority of charges (both legal and equitable) and subsequent enforcement by possession / sale.

Housing: David is regularly instructed by both landlords and tenants in respect of housing law.

David is regularly instructed in respect of cases involving the alleged liability of professionals, especially where this relates to property development and insurance.

He has particular expertise in cases involving solicitors (especially in respect of conveyancing or litigation), lettings agents, valuers and insurance brokers.

He is also instructed to advise in respect of architect’s professional negligence cases where there has been a failure to supervise the works or to administer the contract appropriately.

David is regularly involved in insolvency litigation arising out of both corporate and personal insolvency. In particular, he is regularly instructed in cases involving insolvency aspects of construction law, property or cross-border disputes. He appears regularly in the Chancery Division and the TCC, including the recent construction insolvency decision in Mulalley and Company Ltd v Regent Building Services Ltd [2017] EWHC 2962 (Ch). David is also regularly instructed in company law disputes. He completed the MSc in Construction Law at King’s College London in 2017, being awarded a Distinction along with a number of prizes, including awards for the best overall graduate and the best dissertation. Along with other members of Lamb Chambers, he has presented their Construction Insolvency Workshop 2018 to a number of leading national and international law firms such as Norton Rose Fulbright and Reed Smith.

Does the FTT have jurisdiction to decide the extent of a party’s beneficial interest? Hallman v Harkins [2019] UKUT 0245 (LC)

Read more »
Back to People 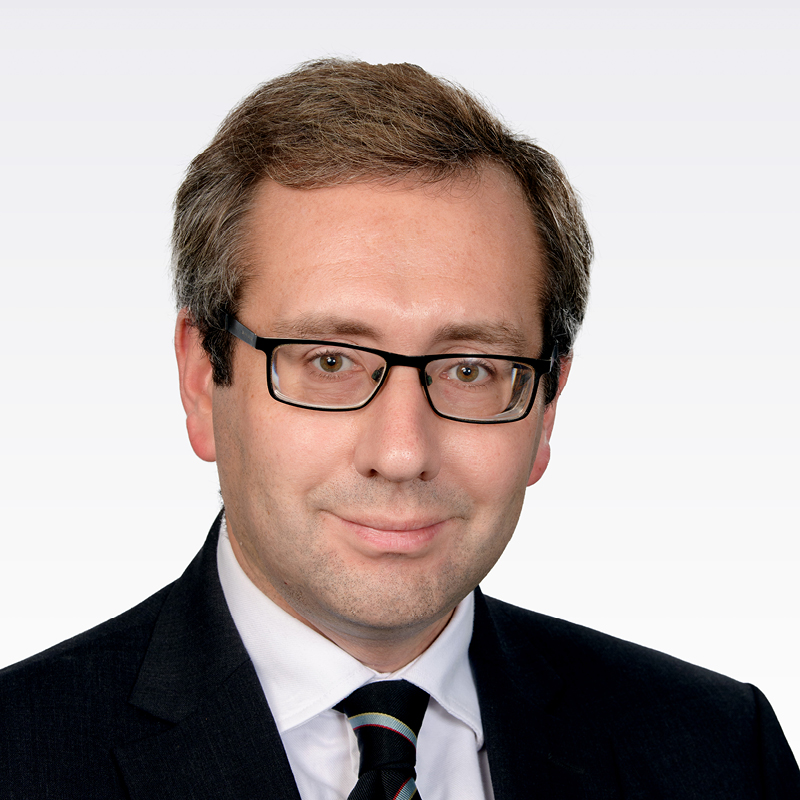