Tim regularly acts in complex construction disputes often with significant technical or expert evidential issues – including adjudications (both under the Scheme for Construction Adjudications and under ad hoc rules) and High Court TCC enforcement proceedings, as well as leading in recent appeals to the Court of Appeal. Tim also has substantial experience in relation to domestic building disputes, with a particular emphasis on dealing with such cases through mediation or ADR. Tim became Head of Lamb Chambers’ Construction Group in January 2020.

Tim has a successful intellectual property (copyright, trade marks, passing off, patents and design rights and registered designs) and data protection practice which covers all aspects of contentious and non-contentious UK and European intellectual property and data protection law. He also advises on and drafts commercial contracts and IP / software licensing agreements, as well as providing Expert content for LexisNexis.

His practice also includes acting in complex international arbitrations of intellectual property and commercial claims under both LCIA and AAA rules.

In addition, Tim lectures and writes on all his specialist areas of legal practice and for a number of years taught on professional training courses run by BPP University.

The Regulation of Genetically Modified Food and Feed in the Community: Bio-Science Law Review 2004/2005 Vol. 7

Madey, Integra and the Wealth of Nations: EIPR January 2004

Environmental Risk Assessments of GMOs Under Directive 2001/18: An Effective Safety-net or a “Collective Illusion”: EIPR February 2003

Tim regularly acts in construction disputes – in particular adjudications (both under the Scheme for Construction Adjudication and under ad hoc rules) including multi-million-pound interim application “smash and grab” claims and TCC enforcement proceedings including appeals to the Court of Appeal.

Gosvenor London Ltd v Aygun Aluminium UK Ltd [2018] EWHC 227 (TCC); [2018] Bus. L.R. 1439; [2018] B.L.R. 353; 177 Con. L.R. 127 – acted for Aygun in resisting a claim for enforcement of a substantial adjudication award where Fraser J. added new principle “g” to the long-standing Wimbledon v Vago stay jurisdiction and considered the evidence relevant to the Court granting a stay under the new principle – including allegations of fraud that could or should have been raised in the adjudication.

Brown & Brown v Complete Building Solutions Ltd. [2016] EWCA Civ 1; [2016] B.L.R. 98; [2016] 164 Con. L.R. 21 – representing the Appellants in an appeal against a summary judgment entered in respect of an adjudicator’s award under the HGCRA 1996 and Scheme for Construction Contracts. The Appellants having refused to meet the judgment sum as the adjudicator’s decision was – in their view – made in respect of a dispute that was the same or substantially the same as one previously unsuccessfully pursued by the respondent in an earlier adjudication – and was therefore barred under the terms of paragraph 9(2) of the Scheme.

Cuddy v Andrew t/a Paul Andrew Builders (before Recorder Waksman – sitting at the Central London CC (TCC) 2006) representing the Defendant in a three-day trial in respect of a claim alleging unfinished and / or defective works and his counterclaim for money owed for variations t the works in circumstances where the Defendant had filed no pleadings prior to trial.

Tim has been instructed in IPR cases before the Chancery Division of the High Court, the Intellectual Property and Enterprise Court (IPEC), as well as representing clients before the UK Trade Mark Office, the EUIPO and CJEU, as well as the European Patent Office. Tim also lectured in IP law on Cambridge University’s Masters in Bioscience Enterprise MPhil course for 5 years between 2003 and 2007.

Sun Mark Ltd and Bulldog Energy Drink Ltd v Red Bull GmbH – (Case C-206/15 P: 2015) -represented the applicants in their application for permission to appeal to the CJEU in circumstances where the applicants had not taken part in proceedings before the General Court in respect of trade mark Opposition proceedings that has be resisted to that point in time by OHIM.

“SAVE AN ORPHAN” (UK Trade Mark Opposition No.: 2628031 (2013)) – represented the Opponent in opposition proceedings in respect of the Save an Orphan trade mark.

Weight Watchers Ltd & Others v Love Bites & Others [2012] EWPCC 11, [2012] E.T.M.R. 27: represented the Defendants in respect of allegations of trade mark infringement where the PCC (now the IPEC) exercised its power to give a preliminary non-binding judgment in a trade mark case for the first time.

Sun Mark v Red Bull – 2011 – instructed by Sun Mark on three related cases in involving Sun Marks’ trade mark disputes with Red Bull GmBH. (a) judicial review proceedings brought against the UKIPO and Red Bull as an interested party alleging that the UKIPO had improperly granted trade marks to Red Bull that had been applied for in bad faith bad faith (led by Aidan Robertson QC) (b) Drafting amended grounds of appeal and appeal skeleton in respect of the ruling of Arnold J. in Claim No. HC10 CO173 finding Sun Mark had infringed certain Red Bull trade marks (led by John Baldwin QC) and (c) trade mark office proceedings for the revocation of two Red Bull trade marks (No. 790389 & 824548) – all three claims were eventually compromised.

Executive Grapevine International Limited v Wall & Others [2012] EWHC 4152 (Ch); – Chancery Division of the High Court before Norris J.: represented the Claimant in its claim for infringement of database rights by an ex-employee who had stolen copies of the company’s marketing databases and sold them via e-Bay.

Raminder Ranger v House of Lords Appointments Commission [2015] EWHC 45 (QB); [2015] 1 WLR 4324 – representing Dr Ranger in his Part 8 claim against HOLAC for access under the Data Protection Act for access to letters held by the Commission that allegedly contained information pertaining to his application for membership of the House of Lords.

Opposition to EP 1 021 120 B1 by HOOVER Ltd. (GB). – Acting for the opponent in oral opposition proceedings at the EPO in Munich.

Hyams v Cooling (High Court Chancery Division – Claim No.: HC CO2434 in 2009) – advising the Claimant in respect of settling injunctive proceedings arising out of claims over the copyrights in certain works and photographs.

Brown & Brown v Royal Bank of Scotland (Claim No.HQ14X01249) – instructed by the Claimants in respect of a multi-million pound claim for damages against the bank in respect of an alleged breach of contract to provide a commercial purchase and redevelopment loan. At first instance successfully resisting an application for Summary Judgment brought by RBS and then negotiated a settlement at the outset of the 5 day trial listed in the QB Division;

Bank Mellat v. Sec. of State for Foreign and Commonwealth Affairs (CO / 1733 / 2014) – instructed by Bank Mellat (led by Aidan Robertson QC) in respect of an application for Judicial Review of the Bank’s claim that the FCO is acting contrary to the rule of law in not complying with the substance of the ruling of the Supreme Court in Bank Mellat (No.2) 2013.

Vincent Tchengiuz v Director of the Serious Fraud Office (2013 / 2014) – instructed to work with the disclosure team (using the EPIC system)in relation to the JR proceedings brought by Mr Tchenguiz against the SFO.

Euro Palace v British Gas Business Services Limited (before Simon J. High Court QB Division 2011) – representing the Applicant at a hearing for an emergency injunction to restore power to it supermarket which had been disconnected causing the shop’s refrigeration systems to shut down.

McClean v Mangat & Walia – Petition No.: 8130 of 2003 (High Court – Companies Court (2011 hearing)) before Mr Nicholas Strauss QC sitting as a deputy judge of the HC: representing the Claimant in a two day trial in respect of his allegation of “unfairly prejudicial conduct” (s.459 of the ) Companies Act) based upon revenue stripping by the two respondent directors and then to determine the appropriate valuation of his 25% shareholding.

Haddad v The University of Bradford (before HHJ Spencer QC – sitting at the Bradford CC 2010) representing the Claimant in his claim that the course content, supervision and facilities provided by the Defendant during the course of his PhD studentship failed to meet the requirements of his funding body (in effect the Iranian Government) and this amounted to a breach of contract – the claim was rejected and the Court of Appeal refused permission to Appeal.

Andrew Pinnell v Asad Ali Meerza (High Court Chancery Div. Case No. 936 of 2010) drafting the grounds of appeal and appeal skeleton in respect of an appeal from Registrar Baister giving the Respondents the unfettered permission under s.285 of the Insolvency Act to continue proceedings against the Appellant.

In the matter of HH&P Thirty Eight Limited (Petition No. 1452 of 2011 – before Registrar Nicholls Chancery Div. (Companies Court) representing the Petitioner at an application brought under ss. 98 and 166 of the Insolvency Act 1986;

Re Dorset House (Claim Lon / OOBK / LSC/2011/0620 and LAM / 2011 / 0019) before the London Leasehold Valuation Tribunal 2011 / 2012; instructed on behalf of the liquidators of the freehold company (as junior counsel) who were seeking to recover circa £2.5 million in service charge arrears to discharge debts to the construction company who had installed a new hearting / water system into the block of over 100 flats.

Broxbourne Council v Dichiara (before the Hertford Magistrates Court – 2005) representing the Defendant in a successful challenge to a s.215 Notice issued under the Town and County Planning Act 1990.

Environment Agency v. Riverfield Fishfarms 2007 (lead by Stephen Hockman QC) representing the Defendant in a dispute as to the meaning and enforceability of a Section 30 licence issued under the Salmon and Freshwater Fisheries Act 1975 to allow the introduction of albino carp into an inland waterway.

Environment Agency v Fadel & Fadel (Manchester Magistrates Court – 2011) advising the Defendants in respect of a prosecution under Regulations 12 and 41(1)(a) of the Environmental Permitting Regulation (England and Wales) Regulations 2007 arising out of an allegation that the Defendants were operating an illegal car salvage works.

Wellingborough BC v Poojas Caterers & Others (before the Wellingborough Magistrates Court – 2011) – representing the Defendants at a sentencing hearing following admissions of serious breaches of food hygiene regulations that could have justified a period of imprisonment.

Podcast – Why Should You Have A Contract As A Freelancer Or If You Are Self-Employed? 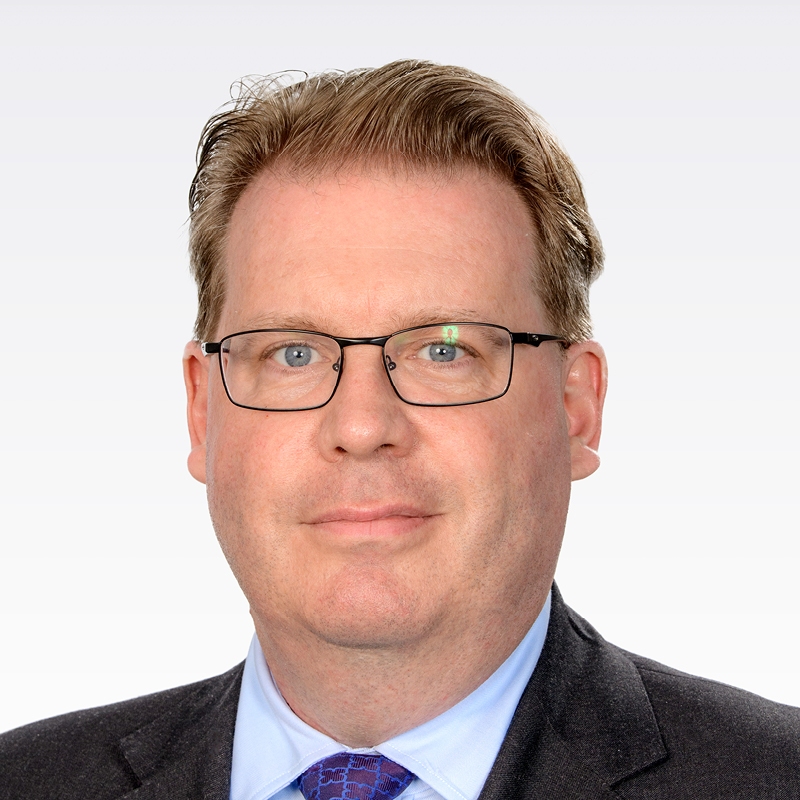